Window dressing has a long and storied history in many countries around the world. Across the globe, you’ll find a variety of different patterns, designs and styles that are unique to each region and often reflect its history and culture as well.

Window dressing generally refers to curtains, blinds and shades that are installed on windows for a variety of purposes. Depending on the climate, available materials and a range of other factors, different countries, societies and cultures may develop their own unique styles of window dressing.

Furthermore, with globalisation and the establishment of international trade routes, many of these styles have been exported out of their country of origin and reimagined by people halfway across the world. Here, we’ll explore some of these distinct styles of window dressing, many with their own rich histories and cultural significance.

Noren is a type of Japanese curtain that is rectangular in shape and comes in many different sizes, designs and colours. It originated in Japan’s Heian period, which lasted from 794 to 1195. Back then, they were usually plain and did not feature special patterns or lettering. The only noren that did have special designs were the ones produced in Kyoto, which was then the capital of Japan and a hub of textile production due to the availability of different dye colours.

Noren is a common sight across Japan, and is often used for a variety of purposes. They protect the interior of shops (and their merchandise) from dust and wind, provide some privacy to inhabitants and decorate storefronts and windows. Interestingly, they can also function as advertisements, enticing potential customers through bright colours and unique patterns.

Textile makers use many different fabrics to make noren. Linen was once the most popular, but cotton has become increasingly common as well. Noren makers have also been known to use hemp on occasion, due to the durability of the material.

Though their name suggests an Italian origin, Venetian blinds are actually thought to have been invented in Persia and brought to Europe around 1760. (In fact, this style of window dressing is still called “les Persiennes” in France.) Londoner John Webster first introduced them to the United States, where they quickly became popular among American high society and were even installed in many government offices and public buildings.

Venetian blinds consist of many horizontal slats that are rotated by pulling a string. They were historically made from wood, but modern Venetian blinds are more commonly made from more lightweight, durable materials like metal and PVC. They may also be covered in fabric for decorative purposes.

Beginning in the late 1800s and early 1900s, Venetian blinds became popular in American office buildings as a method of regulating light and air. Some buildings where they were installed include the Radio City building in New York City, as well as the more famous Empire State Building.

Ikat (meaning “to tie” in Malay/Indonesian) is a method of dyeing fabric that involves resist dyeing the yarns before weaving the fabric. Resist dyeing is when dye is prevented (or “resisted”) from reaching all parts of a cloth, creating a pattern. For example, batik is another form of resist dyeing that is popular in Indonesia.

However, what makes ikat different from other types of resist dyeing is that the yarns are dyed before they are woven into fabrics. This is done by tightly binding together individual yarns in the desired pattern, applying the dye and then altering the binding before applying another layer of dye. Repeating this process creates unique, elaborate patterns on both sides of the finished fabric.

Ikat was historically used to make traditional clothes and costumes. Today, ikat print fabric is commonly used in a variety of curtains and drapes. These patterns can be found not just in its native country but all over the world, thanks to the global export network. Ikat curtains and drapes remain popular because they are both functional and decorative, helping to block out sunlight while brightening up the space with their elaborate, multicoloured designs.

Though ikat originates in Indonesia, it is also produced in many textile hubs throughout Asia, such as Okinawa, Japan and Telangana, India. This demonstrates how window dressings that are traditional in one culture may spread to other cultures within the region.

In late 19th-century England, Victorian-style curtains were all the rage: fabrics were often dyed deep, rich colours, and floral, tartan and paisley patterns were hugely popular. Curtains frequently featured some kind of fringe, braiding or bobbles.

Following the accession of King Edward VII to the throne after the death of Queen Victoria in the early 20th century, the Edwardian era of British history began. Blinds became increasingly popular, and were often decorated with lace and unique designs and patterns.

In the 1940s, no major innovations in window dressing styles were made due to the rationing of fabrics during wartime. However, in the 1970s, pre-war neo-Victorian and Edwardian began to pick up again, as elaborate drapery became fashionable and created what would become known as the “English country house style”.

The French invented many different styles and variations of window dressing through the ages, such as the aptly named French pleated curtains (also known as the three-finger pleat) and French rods, which extend out of the wall and hold up curtains using a series of rings.

One of France’s greatest innovations, when it came to curtain design, was the invention of toile de Jouy, a type of fabric print named after the place where it was first produced, the factory of Jouy-en-Josas near Versailles. Along with the English country house style, it started gaining popularity in the 1980s. Also known as “Jouy print”, toile de Jouy is often found on cotton and linen printed with designs showing various landscapes.

Today, there are many different styles of window dressing from all over the world that you can choose from to decorate your rooms. Each style is unique and has its own functions and design, brightening up your space in its own way.

If you’re looking for curtains and blinds in Singapore, look no further than Craft Axis. We are a leading retailer of window dressings in Singapore, and offer a large variety of types and styles to suit your tastes. Whether you’re thinking of adding a splash of colour to your room or putting up some functional blinds, we are always happy to help you make the choice that’s best for you. Contact us today to find out more about the available designs, patterns and styles, and get started on transforming your space!

What is the difference between blinds and curtains? 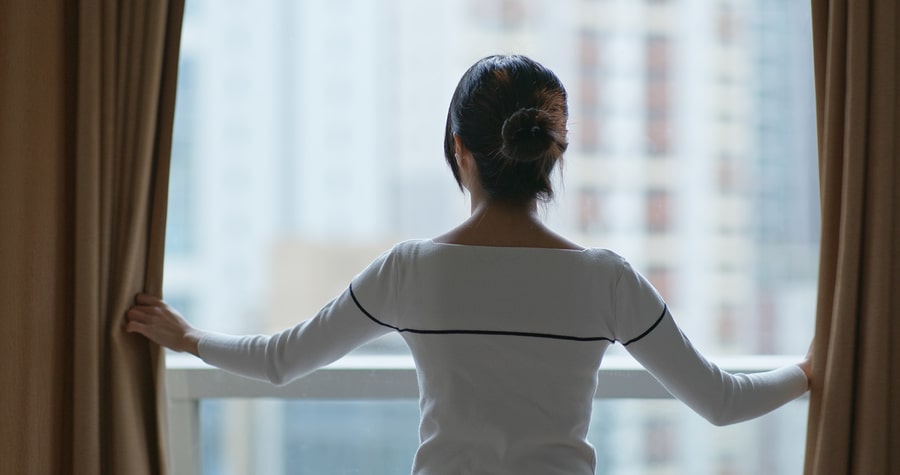 What Are The Benefits Of Window Dressings? 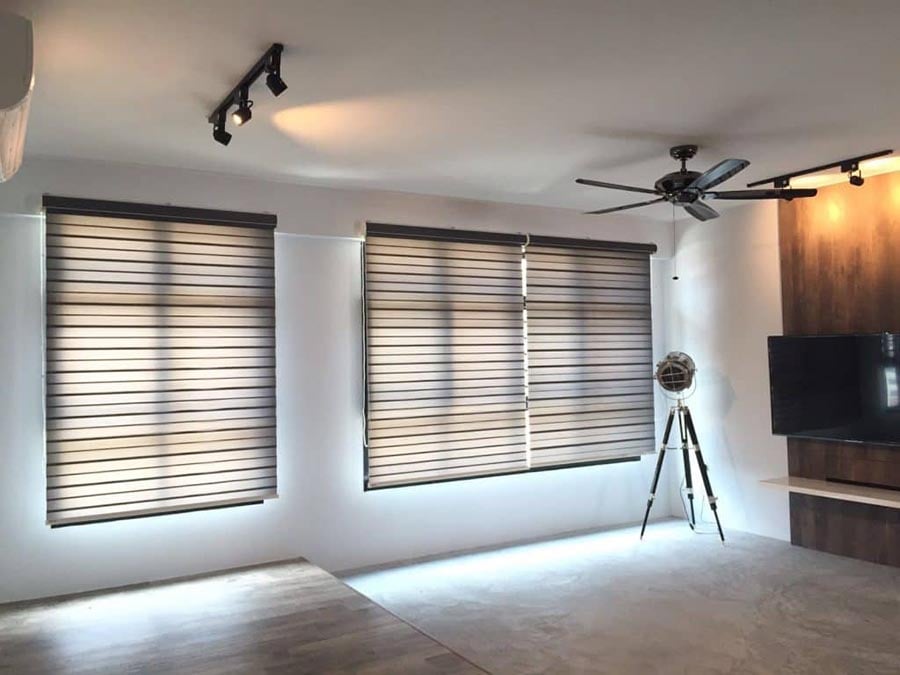 Window Shades for the Modern Home and Office 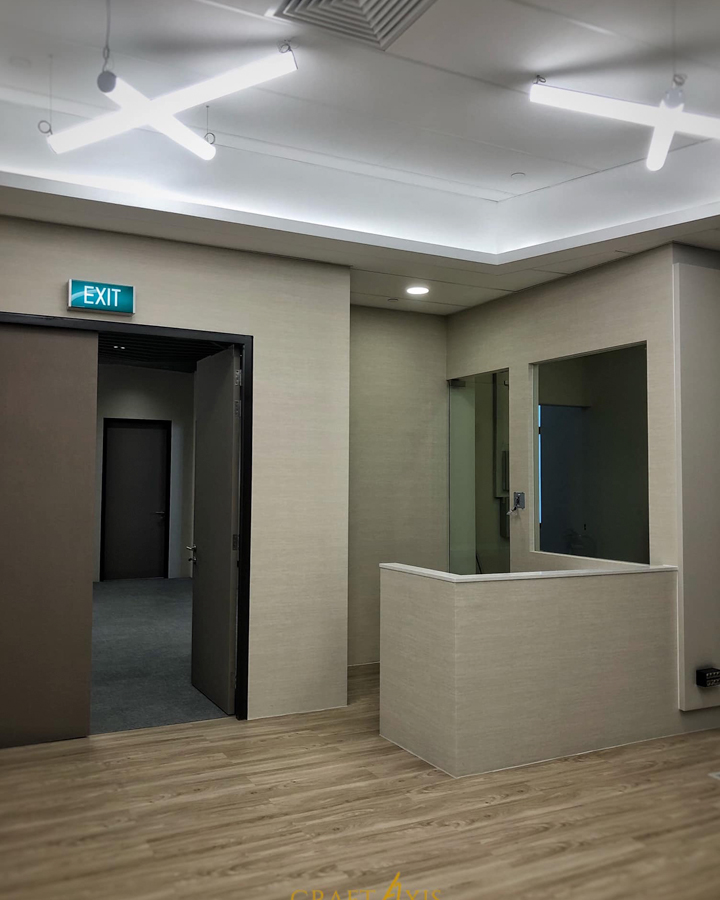